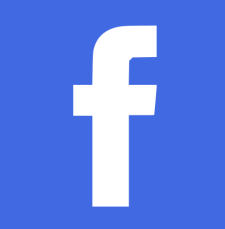 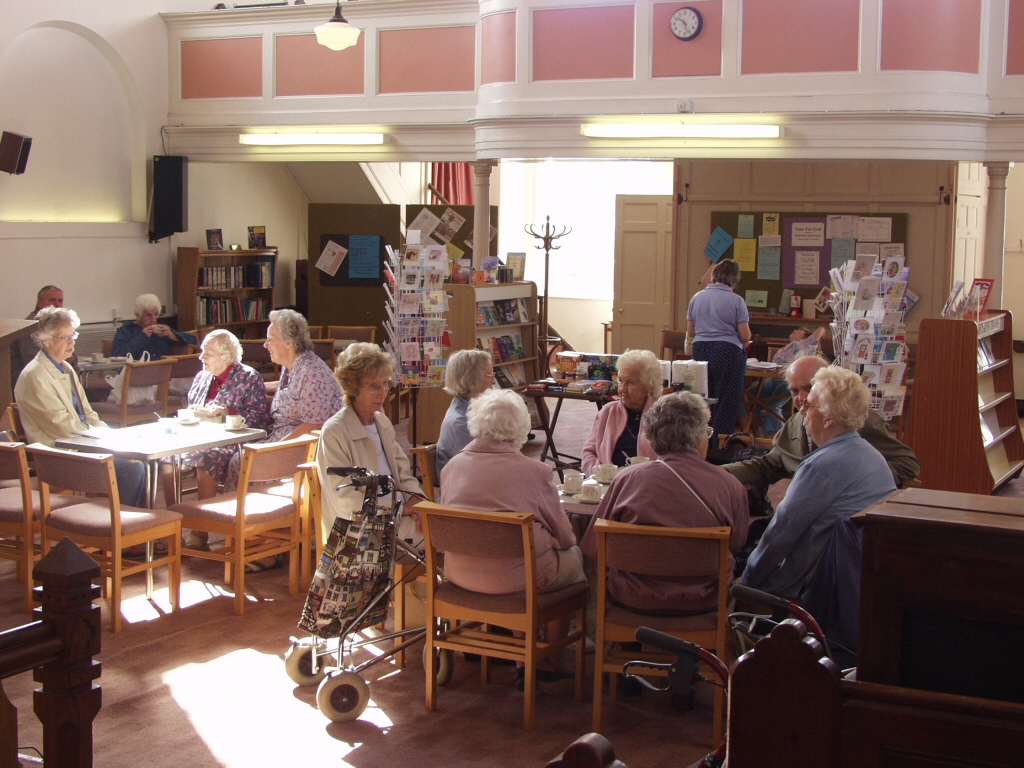 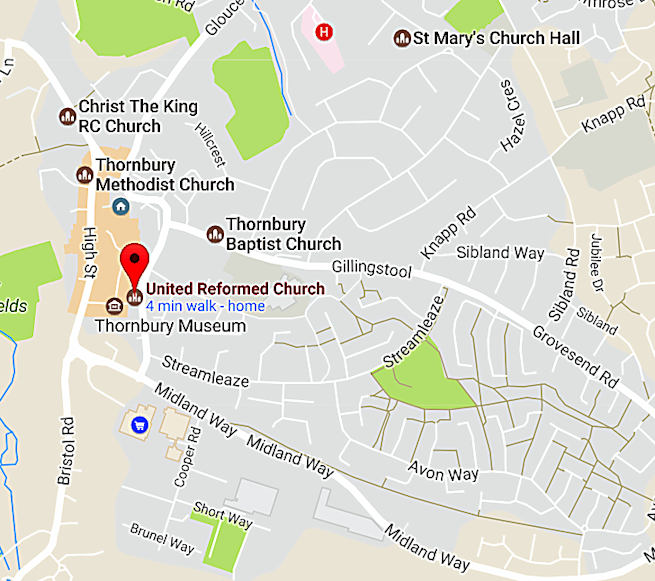 The Church's Mission is to :-  "Show and tell the love of God in Jesus Christ,  by building a relationship with God,  with one another and with the wider community."

The general theme of the church is reflected by:-

Whilst the present building is dated 1826,  worship and witness has been carried on,  at or near,  the current site since 1662.  Originally as the Dissenter's or Independent Chapel,  which later became known as Congregationalist in the early 1900's.  The church became URC in 1972 with the uniting of the Congregational and Presbyterian Churches.  The current building is Grade 2 listed,  and is within the proposed Thornbury Conservation area.  The surrounding walls, some parts of which are older than the building are again listed.  Handel Cossham who bought the old Methodist Church in Chapel Street, (now known as Cossham Hall) for use by the people of Thornbury,  was a member of the Independent Chapel.

The present building was built in 1826. In 1980 the discovery of extensive dry rot resulted in the old flooring and pews, having to be removed. This has resulted in the building now having carpeted flooring and comfortable chairs.This gives a more flexible arrangement for using. A new warm air heating system replaced the archaic hot pipe system.

The Church is said:-"to be provided by God for the use of the community,  and is under the Stewardship of the URC."  Current organisations using the buildings include:-

The Pastorate
The church is aiming to be a dementia friendly church, and is currently a joint pastorate with Trinity Henleaze URC in Bristol.